My little secret-lessons from the mat

My little secret-lessons from the mat 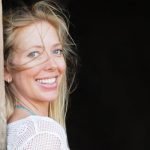 I have a secret. I am a counterfeit. A fraud. My sordid secret? I seldom make it to my yoga mat. There, I said it. I can offer a million reasons why, but mostly, they will be make-believe half-hearted excuses to hide the real truth. The truth, for me, and I suspect countless others, is that the act of arriving on the yoga mat is a daily battle. It isn’t just my full schedule, or the countless pulls on my time and energy. No. It is much harder to admit that the act of showing up and being with myself, in that way, is what I find harder to confront.

There have been times in my life when I showed up to my yoga mat every damn day and felt transformed by the dedication, physically, mentally, and spiritually. During those years, I even began to teach, such was my devotion to my newfound passion.

I moved from California to Nicaragua, discovering, much to my delight, a mother/daughter team leading yoga out of their living room right in the center of town! I was elated. I had discovered yoga before leaving California and it felt good to move my body that way. What a blessing. Imagine – yoga in a small coastal town in Nicaragua! I showed up every day, 6 days a week. Some days the teacher looked disappointed. I was the only one there. Smiling. Keen as ever. ‘Come on in’ she would say, sweetly.

Then, without any warning, life changed in an instant. One morning, I arrived for class and my mother/daughter team announced that they were leaving San Juan del Sur. Shock. Horror. After class that day, my mind was racing. What would I do? How could I survive? The transition into Nicaragua from my pretty plush life in California had not been easy. In fact, some days it was downright impossible. Power outages, water shortages, parasites, heat, humidity, bugs, dengue fever. You get the general idea. Life was pretty third world. Add on first world complaints of missing my family, a warm bath, a Costco type store with all your consumerism needs under one roof and you have a recipe for discontentment. But I had yoga. Or did I? My teachers were about to leave Nicaragua and take my yoga class with them!

So, as you might guess, that is how I came to teach. I was never cocky enough or even trained enough to think I should teach. It just organically evolved out of necessity to keep up the practice. Being an extrovert through and through, there was no way I could do it alone. Especially at that time in my life. Everything was better with others! Before they left, my mother/daughter teachers handed me David Swenson’s, ‘Ashtanga Yoga’ Manual and there, the legacy began. I would go on to lead a modified version of the primary series with a whole ton of chatarangas and that was where it started.

I moved into the house my teachers moved out of and placed a sign on the gate to the house, offering yoga and a cup of tea for a few dollars. I quickly became known as the “yoga teacher” in town. Hotels would call me to lead private classes for their guests. For the first time in my life I was doing what I wanted, I was living a purposeful life. I still had that sinking feeling that I was a fraud. If a “real” teacher came through town, I would ask them to lead the class, as I was certain they had more knowledge than me. The strange reality was that I was starting to build a little following and my regular students would get upset when I would have someone else lead the class. They would say they came for my class. Wow, that was surprising!

Over the next few years, I became officially trained by a man named Vedantin out of San Francisco. He led several teacher training courses in Nicaragua and would let me partake as time allowed. Eventually he pronounced that I was indeed certified, from a combination of his teachings and the fact that I had indeed already been teaching for a few years. The majority of my learning though had been self taught, from books and life experience.

Over the next decade life provided plenty of excuses to forgo my own yoga practice. The most obvious was also the most challenging and without a doubt most rewarding role I had yet to take on. Motherhood. I had three babies in the last decade and I will not down play what that requires. In short, kids drain your life force, if you nurse they literally suck the calcium from your bones!  Simultaneously they feed your soul and grow your capacity to love.

My yoga practice for the first two years of each of my boy’s lives was just that. Being their Mom. Working through the night. Nursing around the clock. Trying to keep calm and steady while they required so much of me. Even as I write this blog, my third boy (yes, all boys!) has been sick with diarrhea. He’s plain pissed off. My middle son has pink eye. Life is a barrel full of laughs at present. Which reminds me of something I always tell my students. Something I need to take heed of myself…

Suffering comes from resisting what is. When you want something to be different than it is.

It was true when my teachers were leaving and it is true now as my kids are sick. Wanting things to be different than they are is a great discontentment feeder.

The sweet reminder that I am doing the best that I can, can not be uttered often enough. My Mother-in-law told me once that she wants her headstone to read, “She done all she could”. I love this. Aren’t we all doing the best we can?

I suppose, the truth is that I can teach even without my own consistent practice. For at the end of the day, I am practicing. I am showing up every day to my life. I am breathing, moving, loving, crying, laughing, growing, shrinking, “MOMing”, reflecting, meditating, being still, running in every direction,  in short I am doing the best I can.

Eventually, my path led me to open the first “official” yoga studio in San Juan del Sur. Although for me there was and will always be the memory of our first little studio right in my living room, in the middle of the market square in San Juan del Sur, where it all started. When life was so much more simple. When my day required only that I show up to my mat and nothing more. I can not say I miss those days. How can you miss what you were fully present for? Rather, I am grateful beyond measure that I had that time. It allowed me to really know myself. It prepared me for what was to come. It stamped the memory on my heart of the sweet self care time. It gave me a home to return to, time and again, as life became more complicated.

I guess I am not a fraud after all. For a fraud sets off to fool you. I never meant to do that. I only ever wanted to learn more and give my best. Fourteen years and multiple certifications later,

that is still true. Maybe more true. Maybe the definition of a fraud is one who thinks they have it all figured out. If that is the definition, then I could never be a fraud because the longer I teach the more I understand how much I have to learn and then the process starts all over again.